The Abu Dhabi Company for Onshore Petroleum Operations Ltd. (ADCO) operates onshore and in shallow coastal waters of the Emirate of Abu Dhabi, one of the seven members of the United Arab Emirates which was established on 2 December 1971.

With the approved ADCO A1 Premium Garnet, our clients are able to handle their projects with greater ease and perfection.

Membership for Indo-Australian Chamber of Commerce

Maxworth Group is a member of the Indo-Australian Chamber of Commerce, which represents leading Australian and Indian companies doing business across and between the two countries.

The Chamber has helped many Indian companies to establish long-term business relations and effective partnerships with companies based in Australia. Maxworth is proud to be a part of this Chamber, which encourages new ideas, new products and new technologies. Through this membership, Maxworth has connected with an extensive network of contacts in Australia, and with the Australia India Business Council, the association of the Indian business community in Australia. 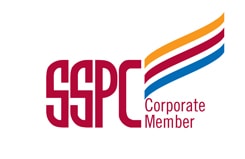 The Society for Protective Coatings (SSPC)

Maxworth Minerals India Pvt Ltd is affiliated to the Society for Protective Coatings (SSPC) which has a mission to advance the technology and promote the use of protective coatings to preserve industrial, marine and commercial structures, components and substrates.

As an Industrial Affiliate, Maxworth helps SSPC identify and underwrite the launch of new programs that will lead the coatings industry through the 21st century. Through SSPC, Maxworth gains a significant return on its investment and exclusive benefits.

Maxworth Minerals has received the ISO 9001:2015 certification, as recognition of our Quality Management System which complies with the stringent requirements of the International Organization for Standardization (ISO). This certificate covers all our activities under the scope of Processing, Grading, Trading and Export of Industrial Materials such as Garnet, Ilmenite, Sillimanite and PS Ball.